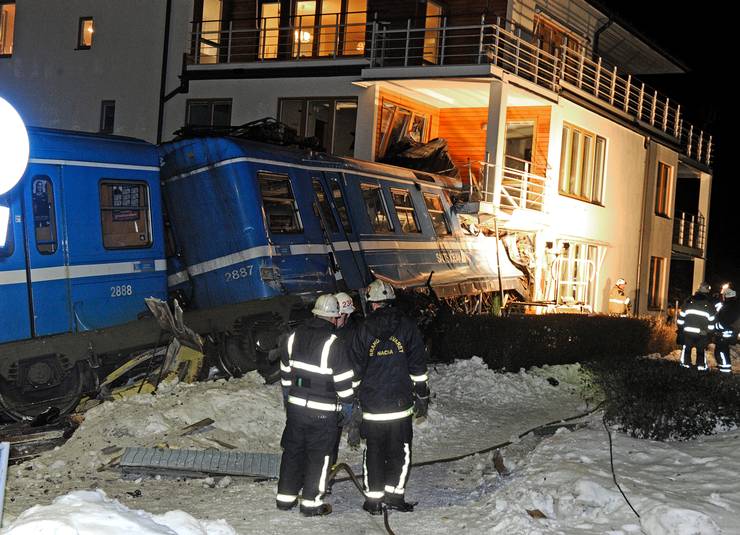 Stockholm – A rare railway accident happened in the upscale Stockholm suburb of Saltsjöbaden Tuesday morning, a train crashed into apartment block at its maximum speed.

And only a 22-year old cleaner on the train was injured. The Police held her in custody even she was in critical condition in the hospital.

Investigation suggested that the train was moving accidentally, and the young cleaning lady was no longer suspected of committing a crime and an order for her detention has been lifted.